The Rage of Dragons

#1 AMAZON BEST SELLER in its category

Get it on Amazon

Want to try before you buy? Scroll down to start reading. 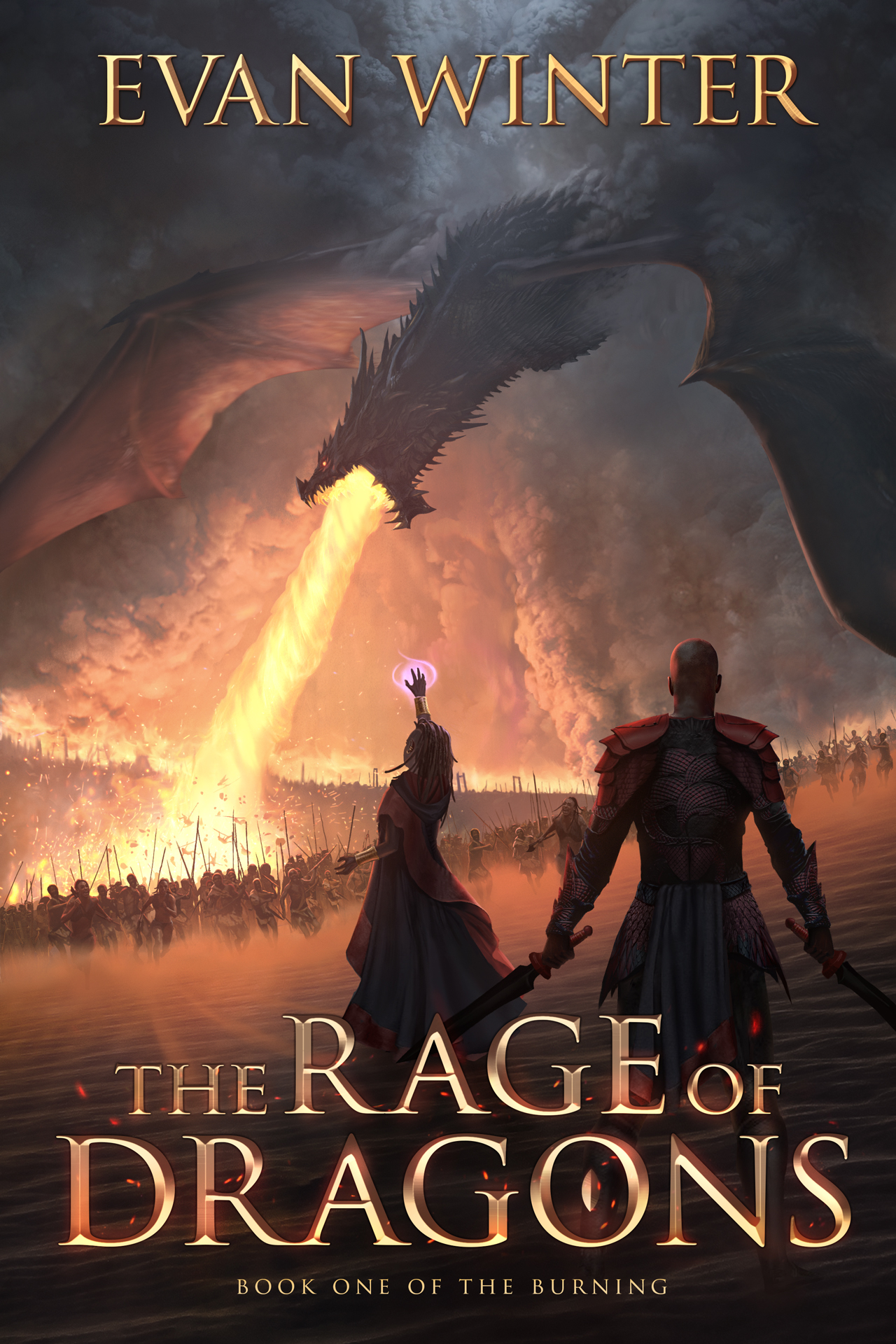 The Omehi are surrounded by enemies that want them dead. They will not be easy prey.

One in twenty-five hundred Omehi women are Gifted, wielding fragments of their Goddess’ power and capable of controlling the world’s most destructive weapon – Dragons. One in a hundred of their men has blood strong enough for the Gifted to infuse with magic, turning these warriors into near unstoppable colossi.

The rest are bred to fight, ferocious soldiers fated to die in the endless war. Tau Tafari, an Omehi commoner, wants more than this, but his life is destroyed when he’s betrayed by those he was born to serve.

Now, with too few Gifted left and the Omehi facing genocide, Tau cares only for revenge. Following an unthinkable path, he will become the greatest swordsman to ever live, dying a hundred thousand times for the chance to kill three of his own people.

Born in England to South American parents, Evan Winter was raised in Africa near the historical territory of his ancestors. He always wanted to be a writer, but went to university first, tended bars in two countries, became a director and cinematographer whose work has been viewed more than 500,000,000 times online, met a couple conmen in the process, was threatened by UK mobsters in a case of mistaken identity, worked with wonderful A-list celebrities, unbelievably talented unknowns, and became the Creative Director for one of the world’s largest infrastructure companies, all before realizing that the words in his head would never write themselves. So, before he runs out of time, he started writing them.

More to the point, he grew up reading fantasy, loving fantasy, and believing that its our stories that make us who we are. He remembers being fourteen and sitting on his bed for countless hours in the summer, reading Robert Jordan with Sarah McLachlan’s music playing in the background. He remembers being transported to brilliant worlds of magic, heroism, conflict and wonder. He remembers the lessons learned when he grew up alongside Rand, contemplated life with Drizzt, fought against hard odds with Druss, rejected a destined life like Sparhawk, and decided that, even if doing the right thing ends up badly, Ned was a good man who should be emulated.

Evan remembers thinking that, though he has but one life to live, by reading and writing he could experience a thousand more.

We are a participant in the Amazon Services LLC Associates Program, an affiliate advertising program designed to provide a means for us to earn fees by linking to Amazon.com and affiliated sites.